Jo Torrance is a talented young gymnast when she begins to lose her sight  at times. She doesn’t want to tell anyone in case it ruins her gymnastics ambitions, and she get get help from her driven coach WIlson, who trains her to do her routines blindfolded. 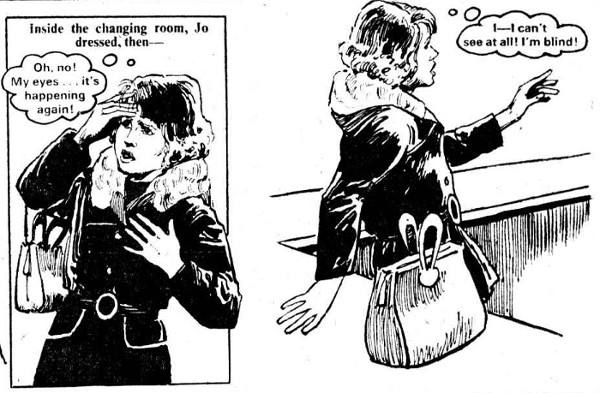 Jo returned in a sequel Jo’s Gym where she tries to start a gym club, but has to do it in a disused warehouse in a poor area of town with makeshift equipment she has made herself.