In the 18th century, there is a ban on wool exports, brought about by men like Sir Roger Ackerman who grow rich on it. Mary Tufton leads a gang of smugglers known as “The Owlers” to defy the ban and Ackerman by smuggling wool to France. 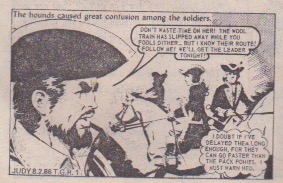 3 thoughts on “The Ghost Riders”