Sheena Ducey, an orphan had been brought up in poverty by her Uncle  Dermot and Aunt Moira in Ireland. Then Uncle Dermot managed to pass Sheena off as Rosemary Reynolds, an English baby killed in a nearby air disaster thirteen years before. Wealthy Mr and Mrs Reynolds joyfully took Sheena back to their country estate—but Clare, their younger daughter, was jealous and suspicious. Sheena, who was very unhappy about the deception, decided to write and ask her uncle to tell the Reynolds the truth. But then Sheena discovered that her uncle and aunt were coming to England to live in a bungalow made available by the grateful Reynolds 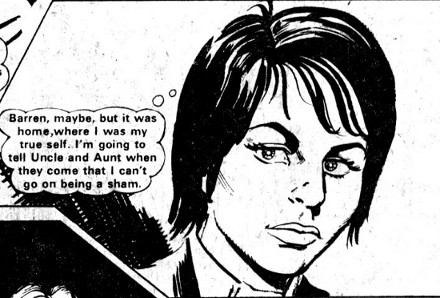 Claire Lorton, an orphan, was happy  living with her rich guardians, Aunt Maud and Aunt Jane. They were all pleased when Ralph, Claire’s cousin, returned from abroad after eight years. But Claire felt there had been a change in Ralph. 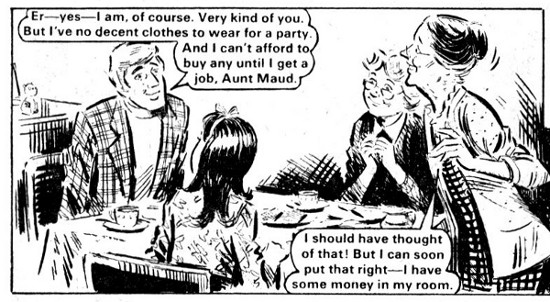 While on her way to live with relatives she had never met, Laura Hurst, a rich young Victorian girl, was killed in a coach accident. Her maid Martha Ford, decided to take her place in order to give her sick young sister a home. While aunt Maria welcomed “Laura” into her home, cousin Nigel was less happy and was suspicious of her. 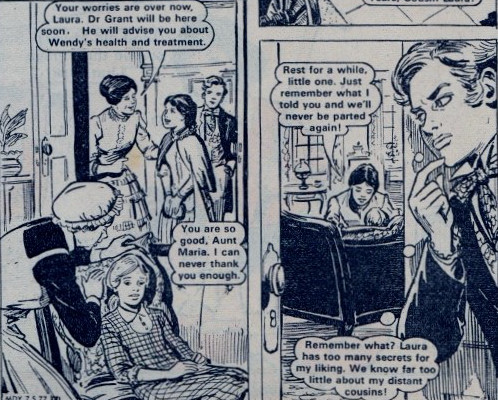 Orphan Lucy was posing as Sylvia Waring, who had drowned in an accident. Lucy had made it seem that she herself had drowned instead, and was accepted by Sylvia’s blind author father as his own daughter. Lucy tried to find out as much as possible about Sylvia and her dad’s life, so she wouldn’t be discovered. 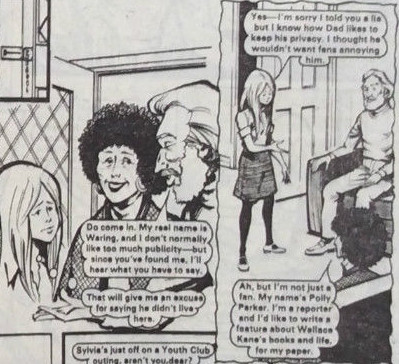