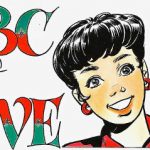 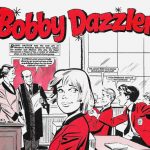 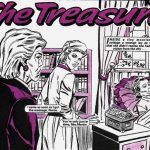 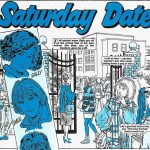 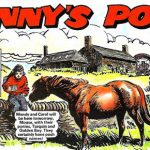 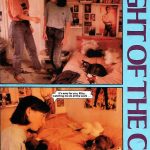 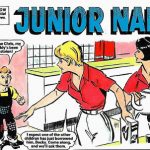 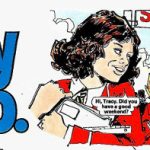 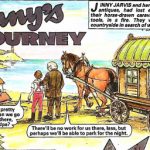 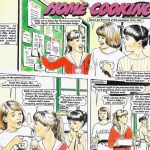 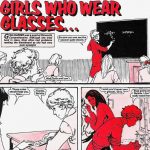 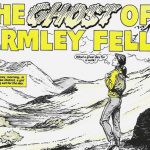 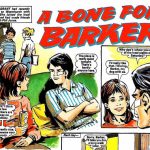 When Gina Peterson lost her nerve after she fell off her horse, Starlight, her friend Katie Birch took her place. Katie also rode her own mount, Mr Billy . . . and both horses qualified for the Cup-Winner’s Cup at Barchester. Gina hoped to ride in the Final but again her nerve failed and Katie rode both horses.

Without asking her parents Kelly Barker had taken a pony to save it from slaughter. Knowing that her parents would forbid her to have a pony of her own, she hid it in a disused railway sidings, but then, her parents had discovered her secret. They came to an agreement to give her a month and if she didn’t come to them for money and if the pony wasn’t neglected she could keep him.

Alison Clegg blames her sister Emma for the road accident that left her badly injured, just because Emma had persuaded her to switch places in the car a few minutes beforehand. She starts playing nasty tricks on Emma in revenge.

Problems for Claire Maxwell when her parents split up.

Danni Johnson, enjoys bullying and having people scared of her. One thing she doesn’t like is that the teachers’ know she is a troublemaker, so she misses out on trips because she can’t be trusted. When her family move to a new town, she decides to try out a new tactic. She pretends to be sweet and nice, then starts choosing people to bully in secret. Danni is good at sizing up who to target,  and soon she has 3 girls, Sharon, Marion and Lorna, under her control.

There is another bully at the school, Carla, but she is considered small time by Dani. Her other new “friends” have had enough of Carla bullying first years and report her. One of the girls brings a tape recorder to school as well so they can catch Carla out if she tries any more bulling. They are surprised to hear Dani is the one threatening Carla, she has decided that she will be her new victim. It is then that the 3 girls admit that they are terrified of Danni. The girls all go to report the bullying to the head. Danni finds things worse than her old school now. The teachers know she is trouble and she has lost power over all the girls 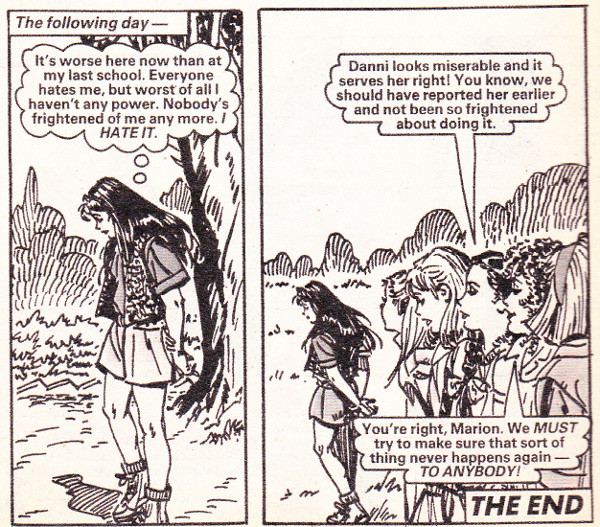 So continuing on with the theme of bullies, this is a more unusual approach, to have the narrator the bully herself. Danni is devious and shows no regret for the things she did. 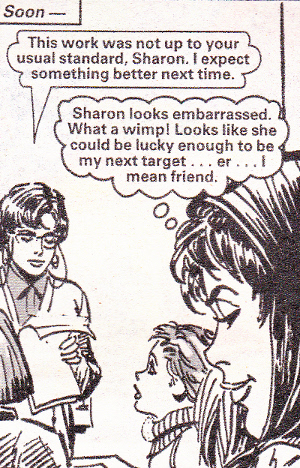 Even at the end she isn’t upset that she is left on her own but that she hasn’t power over people. There doesn’t seem to be any particular reason behind her bullying. What little we see of her home life it seems fine, her mother seems pleasant, though we never see her father. Her motive just seems to be down to her own preference of liking to frighten people and being in control.

It is  interesting in seeing her thought process of how she picks out her victims. She picks girl’s she perceives as weak, and  reinforces the idea that if the tell anyone things will be worse for them . Also by keeping it secret this singles the girls out so they don’t know that anyone else is having a similar experience, and have no support. Of course to Danni’s mind keeping it secret also has the advantage of not being under suspicion from teachers or others. 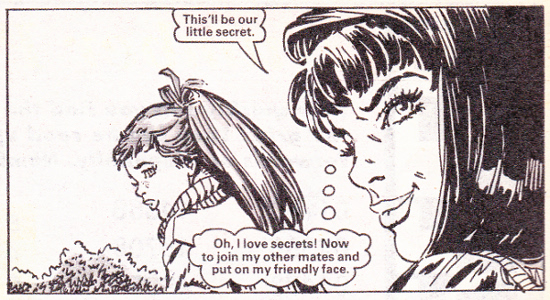 The ending is quite effective, instead of having her expelled and just move onto a new school, she is left there alone and powerless. The girls that were bullied also wish they’d said something sooner, which reinforces the message of telling someone if you are being bullied.

Cassie and Cindy Bridges who live in Parkerville a small town in Arizona, along with their friend Lori they all rode horses together. The girls were intrigued by the Bridges new neighbour Jed.

M&J had a variety of short complete stories. Early in the run it was common to see a 1 page text story, whereas later complete picture stories became more popular. Some stories include:

The Journey
A text story, where people keep having strange reactions to the narrator who is on his way to meet M&J editor. In the end it turns out the narrator turns out to be Bones from Skeleton Corner.

Odd Girl Out
Julie Peters looks set for a dull summer holiday – until a boy moves in. (Art: Maria Dembilio)

The Rescuer
Complete story about Debbie Smith and her new dog, Dash. 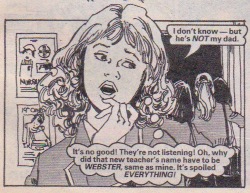 There was a new pupil in Pamela Burton’s class – Her Mum! Mrs Burton had decided to restart her education. Although proud of her mother, Pamela was finding Mum’s presence at school could cause problems.

Lorna Brown is good friend with Alan Foster, the boy next door. Now she wants him as her boyfriend, but is too scared to ask. Then Janey Boland takes a fancy to Alan and asks Lorna to help get him interested. 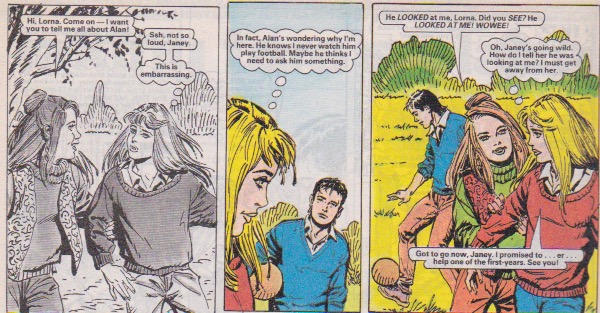