Sarah Taylor hardly seems Miss World material. She is tomboyish, tough, slovenly, does not care for her appearance or charm, hates makeup, works as a mechanic, and thinks the idea of becoming Miss World is ludicrous. Nonetheless, Sarah’s sister Alice is convinced that Sarah does have what it takes to become Miss World and sets out to turn Sarah into a beauty queen. But the problems Alice has to surmount with Sarah are not making the road to the Miss World title easy. 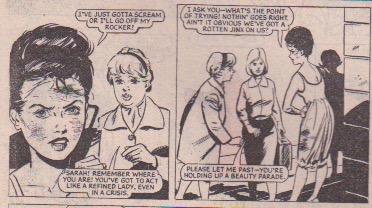