On returning home one evening, Helen and  Mike Kirby discovered a girl lying on their doorstep. The girl could remember nothing of her past, not even her own name, but she proved that she was a fine athlete. The Kirbys called the girl Anne, and promised to look after her until she was claimed. 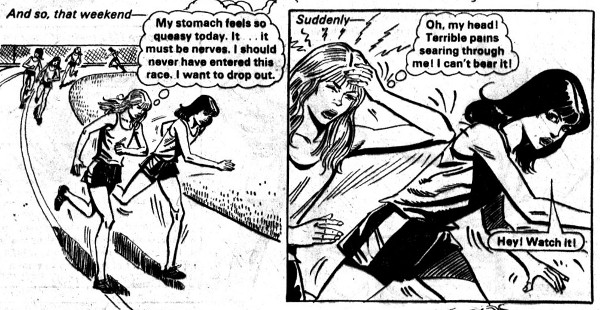 1 thought on “The Champion from Nowhere”