Against her father’s advice, Jenny Holland has taken a job with Burt Finney, an American horse-breeder. She is to school some of his young horses, including Rocky, her own colt, which her father forced her to sell. On arrival at Ridge Farm in the United States, she is given a chilly reception by Burt’s sister-in-law, Ada Finney, and his niece, Marsha. 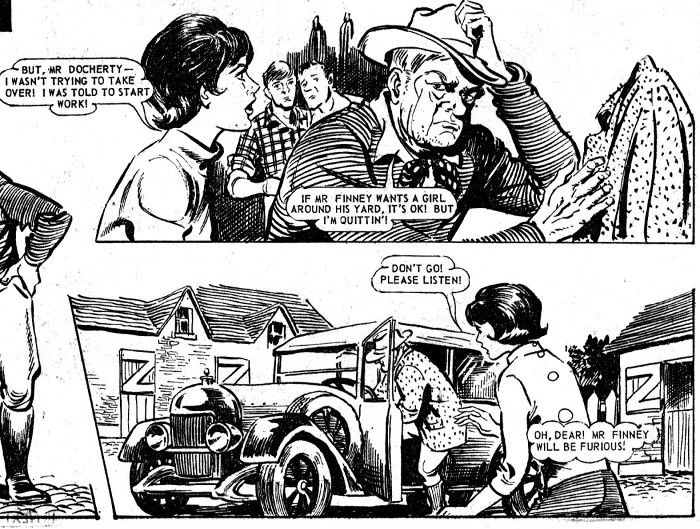