Jo Jonson’s hobby of collecting and recording old folk songs was known only to her closest friends. Secretly she sends off her recording to a young folk singer Candy Cotton in the hopes of getting it on tv. 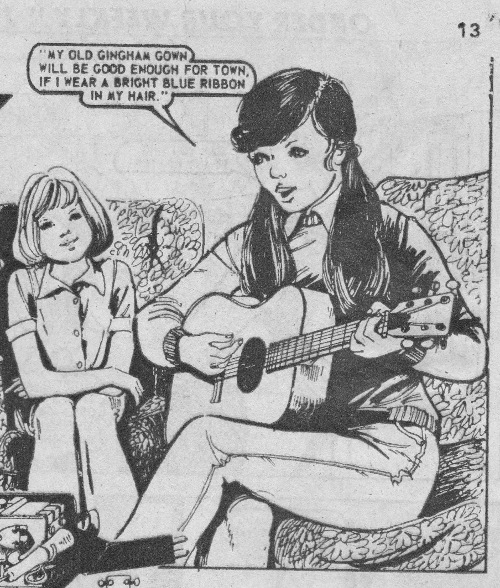 3 thoughts on “A Song by Friday”