Twins Bonny and Belinda live in a Victorian Orphanage. The wealthy Langleys adopt Bonny because they like her spirited nature but leave Belinda because she is shy. Bonny and Belinda will not be parted, so Bonny smuggles Belinda into the house, where Belinda can pretend to be Bonny at times and enjoy the Langley luxuries.

When young star Linda Lynn became ill, a look-alike was found to attend Linda’s engagements so that Linda’s high earnings would not be lost. Linda’s manager, Amy Meecher, swore look-alike Glenda Garrod to secrecy and promised she would be well paid. The real Linda was at a secret nursing home.  Glenda wasn’t going to give up her new life easily. 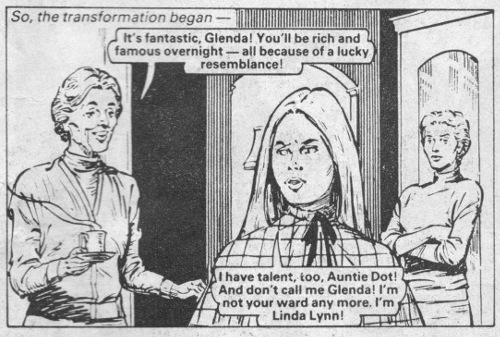 Cindy Smith is the daughter of a Cockney scrap merchant. Cindy agrees to switch identities with Princess Melba of Astolia, who fears her father’s enemies are out to kidnap her. Cindy is aware this means putting herself in danger from the kidnappers, and it is not long before the danger strikes. 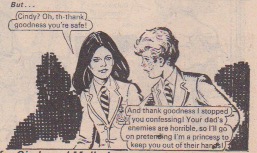