Jan and Hilary Exton had been exploring the countryside through which their canal narrow boat was passing, when they took a short-cut – when they found themselves 200 years in the past, when Britain’s’ canals were being built. They were mistaken for boys and ordered to work on the construction of the canals. 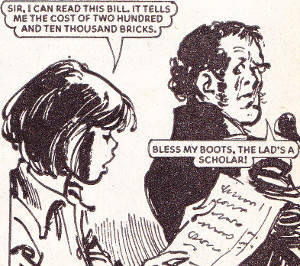