When Polly Hicks won Porky, a porker piglet, she decided to keep him as a pet. Polly was not allowed to keep pets in the flats where she lived, so Porky’s home was a dog kennel in Mr Smith’s waste paper yard. But providing a piglet with the right sort of food was proving a problem. 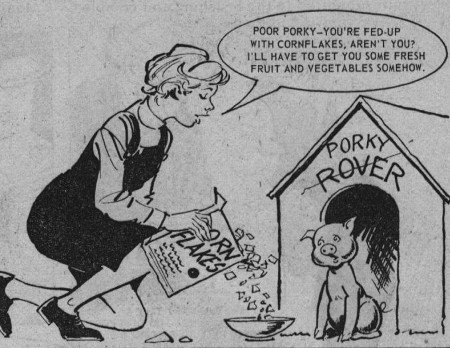